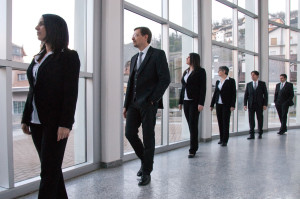 The ensemble was born in January 2008 with the intention of creating an exclusively vocal reality, and that it would perform in real life, concentrating on a repertoire that embraces a historical period that ranges from sacred and profane Renaissance polyphony to the contemporary one, with hints of music 20th century pop.
2008

In July 2010 the group participated in the 49th INTERNATIONAL CHORAL SINGING COMPETITION AND FESTIVAL “SEGHIZZI” in Gorizia where they were the only Italian ensemble in the competition to be awarded a Gold Medal for merit and received the following honours as well:
FIRST PRIZE in the Category Renaissance-Baroque;


FENIARCO PRIZE for the Italian ensemble obtaining the highest score in all categories;

CHAMBER GROUPS SPECIAL PRIZE for the best chamber group in all categories;

SPECIAL PRIZE OFFERED BY THE CITY OF FERRARA for the best performance of a polyphonic work by a composer of the d’Este Court;

CERTIFICATE AS FINALISTS of the 22nd GRAND PRIX – Trophy of Nations.

SECOND PRIZE in the section for Solo and Ensemble Vocal Groups.
In October 2017 the group participated in the 8th CONCORSO NAZIONALE CORALE POLIFONICO DEL LAGO MAGGIORE in Verbania where they were be awarded a Gold Medal for merit and received the following honours as well:
SECOND PRIZE in the section for Ensemble Vocal Groups;

In July 2018 the Ensemble participated in the 57th INTERNATIONAL “SEGHIZZI” CHORAL SINGING COMPETITION in Gorizia during which the Jury and the International Artistic Commission have thus decreed:
FIRST PRIZE in the Category 1a – polyphonic compositions written between 1400 and 1643;

THIRD PRIZE in the Category 1d – polyphonic compositions written between 1911 and today;

SPECIAL AWARD FOR VOCAL GROUPS assigned to the vocal group that has obtained the highest score;

SPECIAL AWARD “POETRY IN MUSIC” for the best literary and poetic selection of texts;

THIRD PRIZE at the 30th GRAND PRIX – TROPHY OF THE NATIONS.